The Liebster Award (A blog-hop game)

The ever-gracious R. Donald James Gauvreau over at The Oak Wheel has named me and my sweet little blog here in his turn of the Liebster Award, so I figured it wouldn't hurt to take it and do my own little blog post on it. (As one is supposed to do.)

The main point of these blog-hop type games is to spread awareness of blogs you think people would enjoy and which are rather under-appreciated. I've been nominated in some of these in the past, and never really got around to them (or felt the need to follow through, really). I actually like this game though, as it's more like an interview than simply, copy, paste, and tag your friends.

The rules of the Liebster Award are simple.

1. Link back to and thank the person that named you.
2. Answer the 11 questions the previous person asked.
3. Nominate and link to other blogs that you feel are unknown and deserve appreciation. (It's supposed to be 11 blogs, but I don't think I even follow that many, and some of the ones I follow aren't exactly unknown.
4. Set out 11 questions for the next people to answer.


1. What is something new that you learned about yourself because of your writing?

I would have to say my capacity to learn. I've always known I had the ability to pick things up fairly quickly. Through my writing, I've actually discovered how quick that can be and how quickly I can integrate it into what I do. In my past works, my editors have pointed things out to me, and it really seems like once I've had something pointed out, I don't make that mistake again, even in first drafts.

2. Have you ever been surprised by a change in the direction of your writing in some fashion and, if so, what happened?

Absolutely, and I love when that happens. When a story takes on a life of it's own and it becomes more a movie the writer is watching and recording as opposed to making, is one of the really magical things about being an author. That happened in my most recent work, what was originally intended to be a minor character ended up having a major influence on the progress of the novel and became a main character in his own right.

3. Do you have any kind of “dream project” that you would work on if only didn’t lack the requisite time, budget, or other resource needed to accomplish it?

I have several, but I think the real "dream project" would have to be an epic fantasy trilogy. I've got a bunch of notes and some character descriptions, but it just isn't really materializing. As much as its own story, I want it to be a homage to the fantasy that inspired and influenced me growing up, which isn't as much Tolkien, but Piers Anthony, the Final Fantasy series, and Anime. So it should be pretty interesting if it ever gets done.

4. Rather than ask which philosopher has influenced you the most— which philosopher’s ideas are most antithetical to your own? Or general philosophy, if there’s not one person in particular whose horribleness rises above the rest.

Er...what? I suppose I have to admit I DID take Philosophy in college. I also did very poorly in that class. I couldn't even tell you what my personal philosophy is.

5. What’s your biggest source of inspiration or influence that is not in your usual genre or style of work?

Well, as I said above, some of my biggest influences are Japanese Anime and video/role-playing games like Final Fantasy and pen-and-paper RPG's like RIFTS. The idea of people reaching truly inhuman levels of ability just by dint of experience. Trying to translate that kind of visual action to paper and words can be extremely difficult to say the least, so I take great pride in one of my reviews which gave props to my action scenes, even if the rest of the review was more smoldering than glowing.

6. What is your favorite extinct culture in history? (since there’s some ambiguity there but I don’t want to weigh it down with paragraphs of technical detail, interpret as you please)

I would have to say the Aztecs. The obsidian weapons are just cool, and I've always had a soft spot for Quetzalcoatl.

7. What is the weirdest book that you have ever read?

This one's easy. House of Leaves, by Mark Danielewski. The rambling style and the need to turn the book upside-down, sideways and in a mirror easily give it first place in that contest.

8. Where would you like to live more than anywhere else in the world, and why? If you’re already at your dream location you still have to explain how it’s been soaked in awesomesauce. You may be as broad as a continent or as narrow as a particular room in a particular house.

I like where I am quite a bit actually. Nestled up in a corner of the Pacific Northwest. No hurricanes, tornado's, massive wildfires and infrequent earthquakes. I wouldn't mind a little more excitement to be honest, but I can travel if I really want to see them. I'm also perfectly positioned depending on where I feel like being.  A half hour ferry ride to the East and I'm in downtown Seattle. A half-hour drive to the West and I'm on the border of the Olympic National Forest.

9. What book are you reading right now?

Currently on my Kindle is The Ruins by Scott Smith. Easy peasy.

10. This is for after you’ve written your own questions. Choose one of them randomly and answer it yourself.

I'm going to answer my #2 question. Giant Monsters or Viral outbreak. Giant Monsters, all the way. I've ALWAYS been a fan of Dinosaurs and Godzilla and giant robots and all that stuff where it's a one-on-one fight and yet they still manage to destroy an entire city.

11. Fenrir Loki's son’s imprisonment by the Aesir has been controversial, to say the least. Thor, spokesman for the Aesir, claims that this was necessary to secure the safety of many people, not least the All-Father of the Aesir, Odin, and that Fenrir’s violent nature was proven when he bit off Tyr’s hand.

Amnesty International and other sophont rights organizations, however, hold that his imprisonment was carried out on the basis of racial profiling and family relation, and not on any action on his part. They also note that Tyr was a principal participant in Fenrir’s illegal incarceration and that his wounds were received only in the course of these events, which involved no small amount of deception on the part of the Aesir.

How do you feel about these events? #FreeFenrir

I think Fenrir's original imprisonment was based on ignorance and fear. In this enlightened age, we recognize and respect the wolf's role in the natural ecosystem and we have ways to protect people from such creatures while still allowing them to live their lives in peace. I believe it is time for Fenrir's incarceration to come to an end and he should be released from his bonds. #FreeFenrir 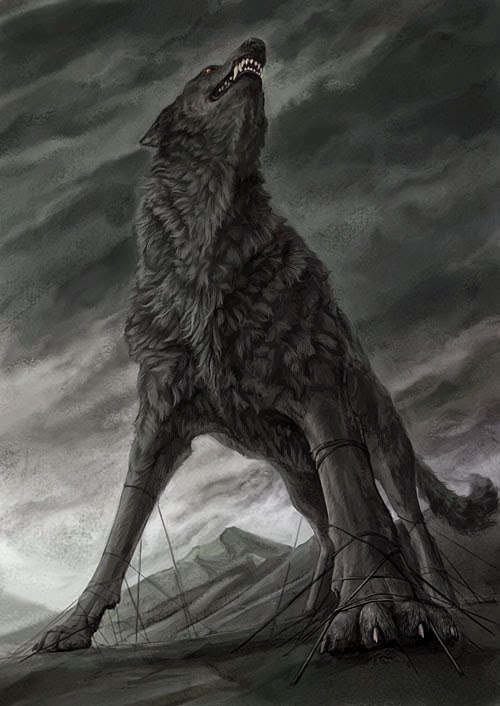 Whew. Well, that took a little bit. And now, the other blogs I would like to send all you nice readers to. (Assuming you've made it this far.)

Karldrinkwater.blogspot.com Author of the excellent horror novel Turner
Easy Reader Notes and stories from Editor-for-hire Lynda Dietz
and...err.....that's pretty much it. :-P Yeah, not quite 11, but I said at the beginning I would probably be skimping here.

And 11 questions for those two to answer (if they feel like it, of course.)

1. If you could travel anywhere at all, where would you go for a vacation and why?
2. Giant monsters or viral outbreaks?
3. Your neighbor is being unruly. What kind of fence do you build?
4. What book or movie is your "guilty pleasure" that people wouldn't believe you like?
5. Do a google search for Ink Blots, post the 3rd picture in the second row and describe what you see.
6. Did you cry when Bambi's mom was shot?
7. What game (Board or Card) do you pull out when the family is over?
8. What is your biggest pet peeve about some of the books you read?
9. What genre do you not work in that you hope to one day?
10. Are you familiar with Sailor Bacon?
11. Fenrir Loki's son’s imprisonment by the Aesir has been controversial, to say the least. Thor, spokesman for the Aesir, claims that this was necessary to secure the safety of many people, not least the All-Father of the Aesir, Odin, and that Fenrir’s violent nature was proven when he bit off Tyr’s hand.

Amnesty International and other sophont rights organizations, however, hold that his imprisonment was carried out on the basis of racial profiling and family relation, and not on any action on his part. They also note that Tyr was a principal participant in Fenrir’s illegal incarceration and that his wounds were received only in the course of these events, which involved no small amount of deception on the part of the Aesir.

How do you feel about these events? #FreeFenrir 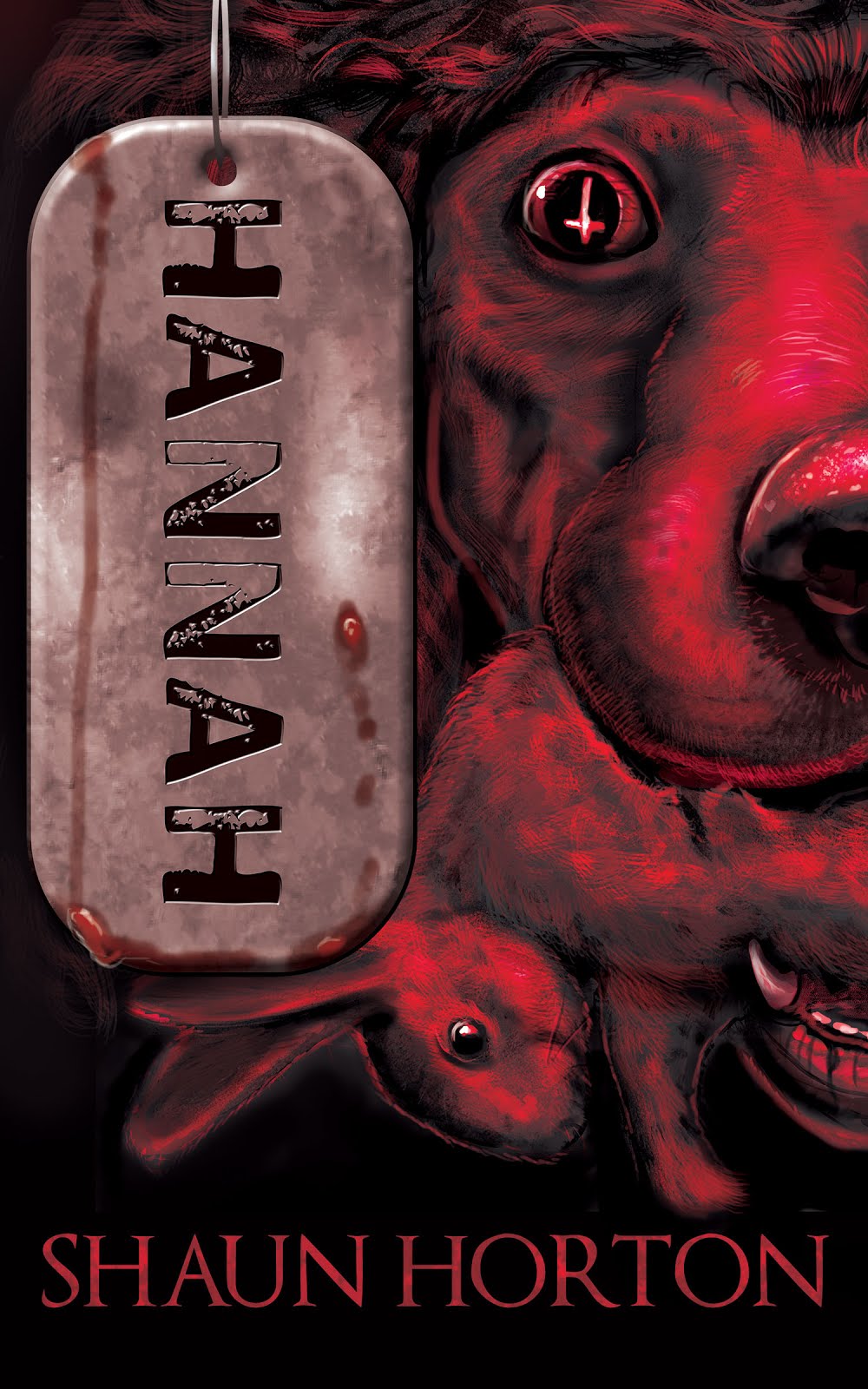 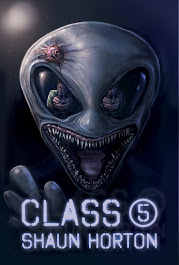 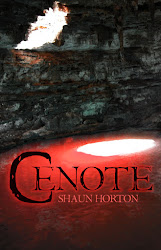